Trigger warning: I discuss restrictive eating habits, body image, weight gain/loss, and similar topics in this article. Always consult a medical professional before making drastic changes to your diet and other health practices.

After recently getting blood work done that came back with some of the healthiest results of my life, I got to thinking on my history of restrictive eating, high cholesterol and triglycerides, vegan explorations, weight gain, horrendous food poisoning, college malnutrition, weight loss, and finally learning to eat intuitively and listen to my body.

Full disclosure, I am not a health or medical professional and can only offer advice based off of my own health journey and life experiences so please always be sure to consult your doctor and or a licensed nutritionist before making any dramatic lifestyle changes that will affect your health.

A little bit of background information, I have had not only a family history of health problems that put me at a higher risk to deal with but also the prevalence of certain health issues within the Latinx community I am a part of, such as diabetes (which also runs in my family). So, I’ve had a complicated relationship with food from the get-go, accompanied by the added difficulty of having a serious sweet tooth that is constantly tempting me to eat sugary things (and I don’t mean fruit).

Old Eating Habits: The Bad, The Good, and The Vegan-ish

Like many in working-family households, I did not grow up with an abundance of nutritional knowledge and advice to go on and I also come from a culture that has lost many of its ancient food ways due to a series of historically unfortunate events (but that’s a story for another time).

I am still one of the lucky ones who has had a mother that did her absolute best to provide her family with delicious homecooked meals and when she did learn that items branded as kid-friendly were actually bad for her children (like the infamous SunnyD) she promptly removed them from our diet. But she wasn’t bestowed with any more nutritional facts than I was in all my years of science classes of no fault of her own and we’re still learning together, today.

Also like many young kids, I went through phases of restrictive eating unbeknownst to anyone around me. I would hide food in a napkin so no one would notice me throwing away chunks of my meal, I would give away half of my lunch to a friend, and I was vegan for a year partly because of some very one-sided animal cruelty arguments and partly because the people advertising it were skinny and I wanted to look like that, too.

I genuinely thought becoming vegan, almost overnight, was going to give me the body of my then dreams and that all of my health problems would be solved… spoiler alert, that was far from how the next few years unfolded.

I was vegan for a year between the ages of 17 and 18 and my body did experience some major changes during that period of time and during my first year of college in 2016-2017. I gained weight and got to the highest weight of my life, 147, which is average for many women but as a 5’2 teenager I was told I was overweight.

College threw me for a loop, in more ways than one, but it has been the single most disastrous experience for my physical health – great for my education and personal growth, but terrible for my bodily wellbeing.

My Freshmen year I was assigned to a dormitory with zero access to a kitchen and only a mini fridge and microwave available to prepare meals outside the dining hall. You may be asking, “Why not just use the dining hall, surely a private university would have excellent options?”

If you detected a tone of bitter sarcasm in that question, you would be correct as the dining halls at my university had pathetic options outside of highly processed carbs for vegans and they didn’t improve much when I changed to a vegetarian diet. I was already clearly not eating well but then, the final nail in the coffin came when I got food poisoning and became the sickest I had ever been.

I have always been able to at least perform the basic tasks of the day whenever I have been ill but that time, I was so ache-ridden and feverish that I could not get out of bed. My blood work lab results revealed I was malnourished when the school year was over, I had lost a notable amount of weight in the most unhealthy way possible, my stomach and appetite was messed up for about a year after, and I had to be put on extra vitamins to help with that.

Food as a Lifestyle Not a Diet

Fast-forward to my Senior year of college and 2020 graduation, I became plant-based as that is not only what has worked best for me health-wise after acquiring a sensitive stomach thanks to the food poisoning, but also what allows me to appreciate cultural foods that contain meat and dairy on occasion while simultaneously helping out the environment.

I was not able to do much for the stability of my health while I was in college other than take vitamin supplements since I ate at erratic times due to my class and work schedule, slept late and had terrible insomnia, and had physical symptoms due to my poor mental state. I say all of this because sometimes health isn’t really a choice at all, it can be something that gets neglected because your other responsibilities take up all of your time and energy.

So, I just want to take a moment to remind you to do your best, be patient, and go at your own pace. Taking care of yourself and eating well will only be sustainable if you can slowly but surely integrate changes into your day-to-day lifestyle.

Diets end and there’s always a new one that claims to be the one that will work, but food should be an enjoyable part of living your normal life so if this does inspire you to make some alterations start with steps not leaps.

The best advice I can give you from one human without a nutrition degree to another: find a way to make food exciting for you again and more than just a daily chore. Documentary shows like Taste the Nation (Hulu), Ugly Delicious (Netflix), Down to Earth (Netflix), and Street Food (Netflix) are entertaining and educational, but they also reminded me of the unbelievable power of food.

Food is what we use to sit down and be together, to give to someone to make them feel better, as a sign of our love and affection, and to signify so many other exchanges of human connection. Food also ties us to our roots, our culture, our religion, and the traditions and memories that make up who we are – can you think of one holiday with your loved ones where food didn’t play an important and emotional role? I surely can’t.

Think of your favorite dish, find a few recipes to try, get dirty in the kitchen, take a moment to be thankful for the food on your table, and you will soon start to see it for the artistic and remarkable gift of the earth that it is.

Body Image and Turning Social Media from Foe to Friend

Our relationship with food is directly impacted by the relationship we have with the body we see in the mirror without edits, filters, or flattering lighting. It’s worsened in the last two decades with the increasing rarity of transparency and realistic depictions of self on social media which are inescapable unless you are fortunate enough to have neither a career nor social circumstance that requires its usage.

With all the efforts the body positivity movement has made, the rise in brands that are actively inclusive of varying body types, the downfall of certain companies that refused to be welcoming to all, and the strides that have been made in encouraging self-love… there is still plenty of evidence to suggest that popularity and success are still more easily attained, particularly online, if one possesses a slim figure with no fat in sight accept where it would be deemed voluptuous.

In a society that constantly compares women’s bodies, resorts to shameful name-calling for the sake of a “catchy” headline and sells us lies so that they can sell us product – we need to develop some seriously adept strategies for the self-preservation and or restoration of our mental and physical stability.

When I was little, I learned from the disgusting tabloids that I was expected to be able to wear low-rise jeans with no less than washboard abs to accompany them if I was ever to be found attractive and the trends on the latest app sensation, TikTok, have proved that we still haven’t come far enough from that idea.

A certain habit I have developed required me to first get serious about turning my social media apps into as healthy of a digital space as possible and that meant two things:

Ideally, through seeing and scrolling through content that is entertaining, inspiring, and beautiful while also being made by and for people with skin texture, cellulite, rolls, acne, fat on their bones and more it will normalize what was ordinary to begin with in your eyes again.

The habit that these particular tricks enabled me to form was that whenever I would have a negative thought about my body or face I would think about the amazing humans I see on my feed almost every day and ask myself if I would criticize their appearance the same way I do my own – and the answer to that was always no because we can be our own harshest critique while viewing everyone else as a masterpiece.

I understand that this may be a process for you if you are still in the mindset of dissecting the flaws of others as many of us have been conditioned to do, but you cannot learn to love and accept what you do not see represented. That is why actively and consciously diversifying and humanizing the social media feeds we spend so much of our time on is so important.

Here are 11 social media accounts to follow to start curating a kinder feed:

Some social media accounts and others similar to them that are good to check out if you are under the impression that celebrities and models are airbrushed in their day-to-day lives are @beauty.false and @celebface.

The scope of my journey thus far has finally led me to a place where I don’t overeat, under-eat, diet, binge, restrict, etcetera – I just eat. I’m still working on the enjoyment part sometimes and trying to get more experimental with my cooking, but I know that food has the power to make my body feel better or worse and I prefer the former.

The next steps for me are learning new recipes and not taking myself too seriously in the kitchen so that even when I inevitably make mistakes thanks to my mediocre cooking skills I’ll still try and try again. I also want to learn more about pre-colonial cooking traditions native to these North American lands because it’s a general rule of thumb that using ingredients that grow naturally in the local environment make for healthier and more eco-friendly meals.

Good luck on your foodie explorations. 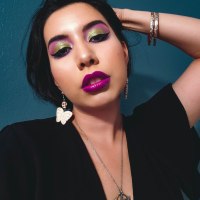 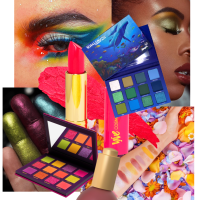